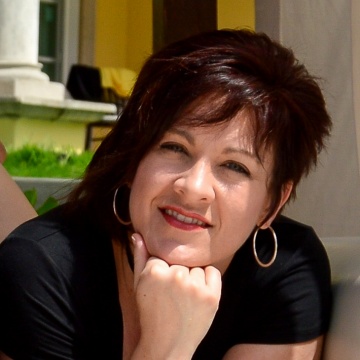 On a warm February morning in Fort Worth, Texas, a little girl was born. Throughout her early years, when she wasn't climbing trees, she sang and danced her way through life. At the age of 6, she asked for a guitar for Christmas. Upon opening her gift of a plastic “play” guitar, she announced that what she had really meant was a violin!

And so it began... Jessica grew up a “Suzuki Kid”, playing and performing throughout all of her schooling years. By high school, she was in the choir, show choir, theater, school musicals and was a high stepping Dixie Bell (Richland drill team). Her love of music and the arts became her pursuit in college, from performing in musicals, operas, choir concerts and recitals to playing violin in the University Orchestra.

After college, she married a tall, dark musician and began the adventure of a lifetime! Jessica and her husband have spent the last 21 years making music together in ministry with their two teenage daughters, Emily and Hannah. Jessica currently teaches elementary music as well as violin at Grapevine Faith Christian School.

Jessica holds a Master's of Music in Musical Theater (1997) from Oklahoma City University. She is also a registered teacher with the Suzuki Association of the Americas, a member of the North Texas Suzuki Association and holds an EC12-Music TEA certification.
Check out Jamie & Jessica's website: click here